A Quick Introduction to Solar Power 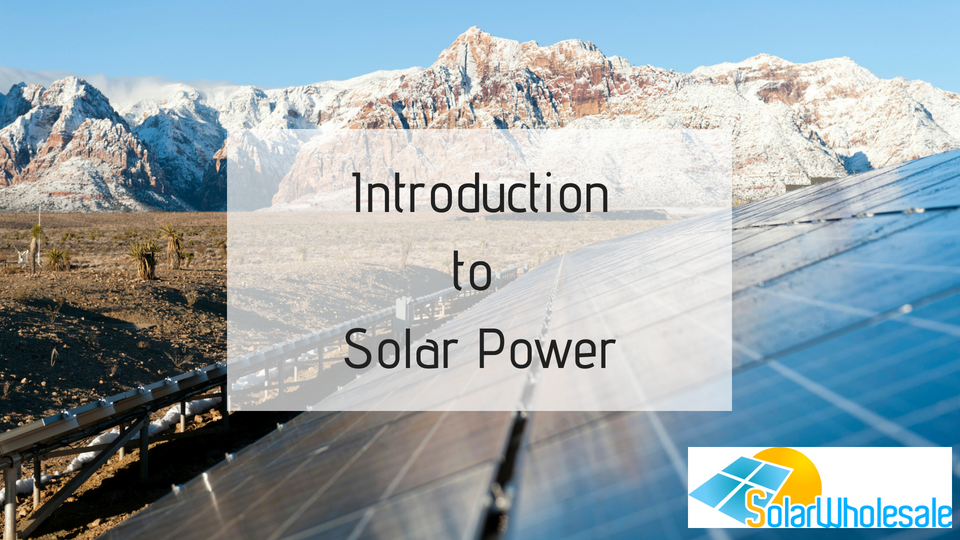 Maybe your friend or neighbor just had a few installed at their house. Maybe you had some upstart salesman come to your door and try to sell you on the spot. Or maybe you’ve been watching the market for a while and decided there’s no time like the present.

Whatever it may be, you’re curious but you’re not sure where to start or if it’s even a good option for you.

So let’s dive in!

How Does Solar Power Work?

There are actually two types of solar power photovoltaic and thermal. When you think of solar power, most people think of solar panels which are photovoltaic systems, or PV systems. Thermal systems use energy from the sun to heat the air or water in your house. For the purpose of this article we’ll be focusing on PV since that is the most popular and common and probably what you were thinking of when you decided to read this.

Solar panels are made up of photovoltaic or solar cells that are composed of semiconductors that generate electricity. Semiconductors are the same thing that make up computer chips. They’re made of silicon and they’re great for controlled conductivity.

When sunlight hits a solar panel, it absorbs the light’s energy by exciting electrons within the panel creating an electric current. An inverter then converts this electric current into energy that you can use in your home or sell back to the city.

Which brings us to our next point…

There are many points that can factor into your decision to go solar.

Many people who decide to go solar do so because they are environmentally conscious. Unlike fossil fuels, solar panels don’t pollute the air or create as much waste. It’s a great way to reduce your carbon footprint and do your part to cut down on pollution and waste.

Some people don’t choose solar because of its benefit to the environment but rather for the benefit it has on their pocket book. The average solar panel payback period in the U.S. is between six and eight years.

And since the lifetime of solar panels is at least 20 years in most cases, your electrical bill will be absolutely free for the next 12 years. That’s $30,000 worth of savings, assuming utilities stay the same.

Even if you end up moving, you’ll still be benefiting from your decision to add solar to your home. Solar panels add value to your home because whoever moves in next will be enjoying those same savings as you did.

For example, if you were to add a small 3.1 kilowatt system to a medium sized home in California, you would add an average of $18,324 to the value of your home. And the value you can add only increases as you scale up.

The ability to harness the power of the sun is amazing. Solar panels are an extremely useful piece of technology not only for helping the environment but also helping your energy bill! When you get the right panels at the right price your solar panels can pay for themselves in just a few years giving you years of free or nearly free power bills.

At Solar Wholesale we believe that no one should be paying more than $3.00 per watt!