Do I Need a Solar Battery? 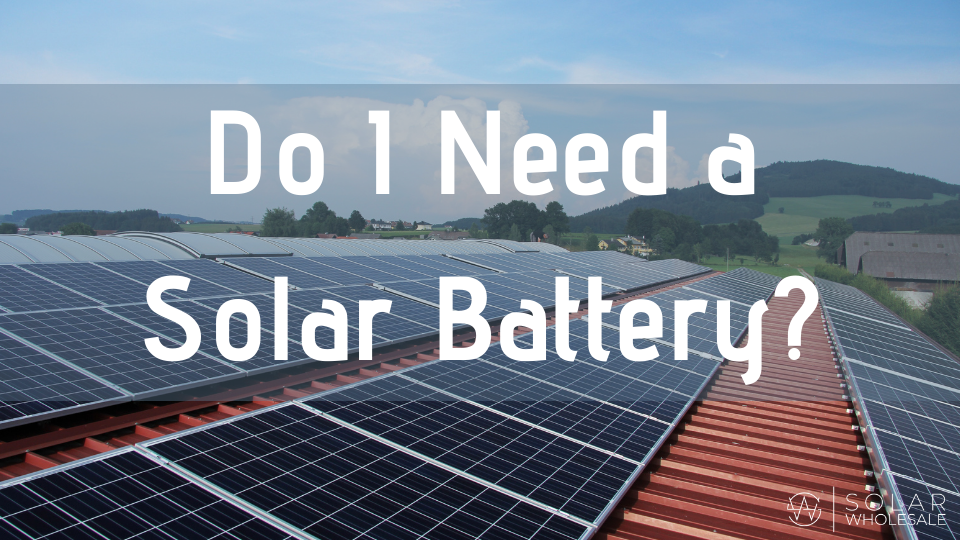 For most people the answer to the question, “Do I need a solar battery?” is no. That doesn’t mean they’re not useful. Just because you don’t need a battery to make your system work doesn’t mean there aren’t valid reasons for getting one.

A solar powered battery works by storing extra energy produced by your panels during the day. Then when you need that energy like at night or during a power outage, you can use that energy.

Are Solar Batteries Worth It?

One of the most talked about solar power batteries right now is the Tesla Powerwall. The Tesla Powerwall 2.0 offers twice the storage capacity of the original but that still doesn’t make it worth it for the average homeowner. The cost of the battery is $6,700 then you figure in the cost of supporting equipment and installation the price can top out at around $15,800.

With the amount of money a Tesla Powerwall will save you on your power bill, you’re looking at a payback period of 30+ years. That’s right it will take more than 30 years for a Tesla Powerwall to pay for itself and unfortunately the warranty only lasts 10 years.

However even though the Tesla Powerwall is well known doesn’t mean it’s the only game in town. There are many other solar battery options available. Ones that are more versatile, more affordable and longer lasting.

A lot of people want to get a battery so they can store their own energy during the day and use it at night instead of using grid-tied energy. But, in Utah for example, the average price per kwh is 9.93 cents, way cheaper than a battery.

Solar batteries are still relatively new and it’s expected to become more efficient and cheaper as the technology continues to advance. The same thing happened to solar panels in the last few years as the technology improved and the prices dropped.

Another reason that many homeowners want to add batteries to their home is in case of emergency where the power goes out. A solar battery in this case would be useful. The other alternative would be a generator which requires fuel and more maintenance than solar batteries.

Solar Battery for Off-Grid Use

For off-grid systems though a battery can help keep your lights on at night especially if you’re committed to using clean energy.

For some a generator might still be a cheaper option but refueling can be inconvenient depending on how far off-grid you are. Also if you don’t want to drag a loud and bulky generator with you everywhere a solar battery can be a good option.

Again Lion Energy batteries beat out generators when it comes to off-grid because they’re zero-maintenance and can hold a charge for two years.