How Does Net Metering Work in Utah? 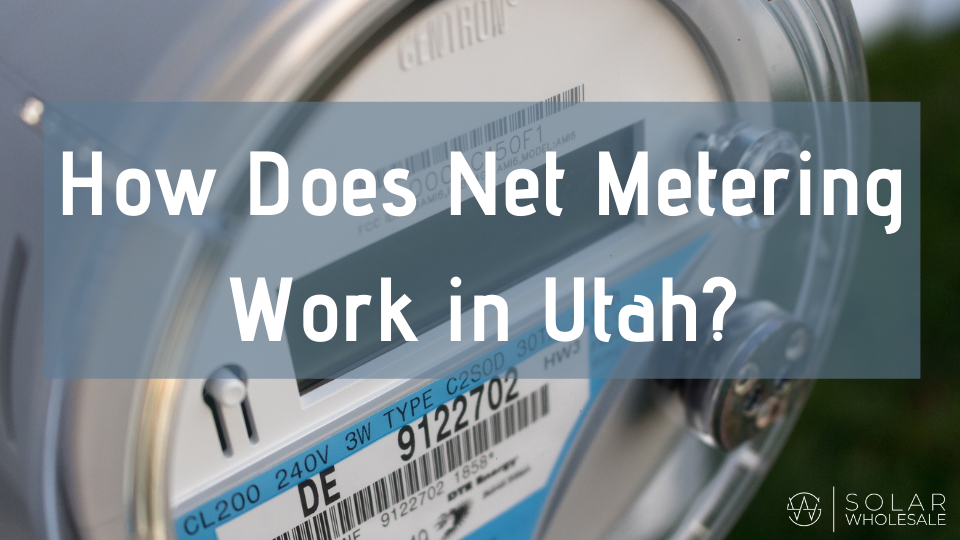 One of the questions we hear most often is, "How does net metering work here in Utah?" Well the basic definition of net metering is this, "a system in which solar panels or other renewable energy generators are connected to a public-utility power grid and surplus power is transferred onto the grid, allowing customers to offset the cost of power drawn from the utility."

What that means for you is that during the day when your solar panels produce excess energy it gets used by your power company. But when you use more power than you produce (like at night, when it's cloudy, etc.) the power company sends you the power you need to keep your lights on so to speak.

Rocky Mountain Power (RMP) is the electricity provider for most of Utah and they get to set the rates. The net metering laws here in Utah have changed recently within the last few months. That means that anyone that wants to add new solar to their home will be subject to these new policies.

Customers new to solar will fall under Utah schedule 137 - Net Billing Program. This new program value's your panel's power differently depending on the time of year. These credit rates as they're called fall on a schedule of June–September and October–May. June–September your solar power is valued at 5.969¢ kWh and October–May your solar power is valued at 5.639¢ per kWh.