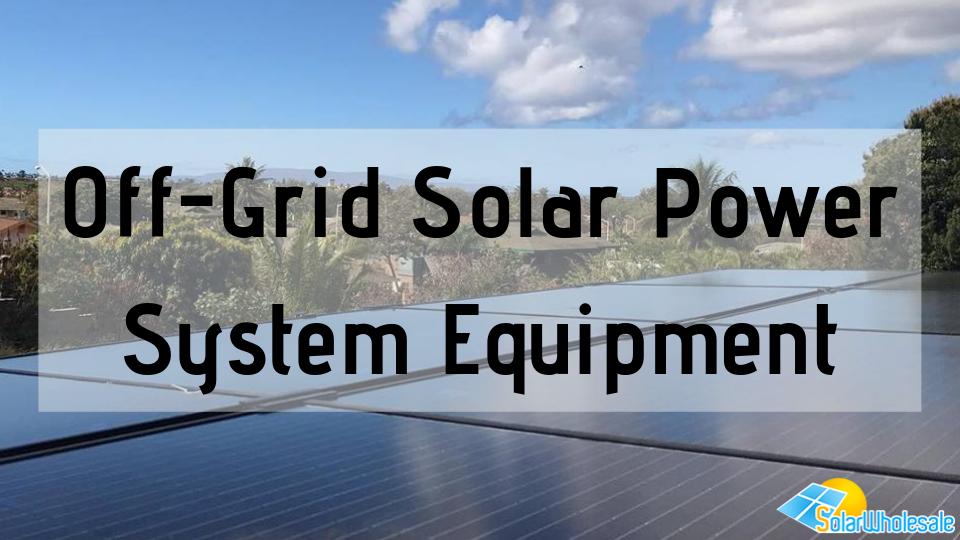 One of the best things about off-grid solar is that it could potentially pay for itself in just a few years. That means that any power you get after that is free! And many solar panels, like our favorite Next Energy Alliance panels, come with a 10-year product warranty and a 25-year performance warranty.

Solar panels are the biggest expense in any on- or off-grid solar system but they also have the longest lifespan. Good solar panels could give you free energy for 20+ years if they pay for themselves quickly enough and they’re a good quality.

The best option is to get full-sized, commercial quality panels instead of getting cheaper “DIY” panels. Some solar companies won’t sell their panels to individuals to DIY but here at Solar Wholesale we know that anyone is capable of installing their own solar.

Go here to explore our selection of solar panels.

While solar batteries aren’t really necessary for most grid-tied solar systems, an off-grid system needs batteries. Without batteries you won’t have power:

There are a few different types of batteries that you can use for your off-grid solar system including lead acid, lithium ion and salt water. Lithium batteries are generally the best option – they’re lightweight, compact and have a long lifespan.

Saltwater batteries are relatively untested because they’re fairly new. Some of their potential benefits include a higher depth of discharge (DoD) meaning you get to use more of the stored energy without affecting it’s useful lifespan. Also because it relies on saltwater electrolytes instead of heavy metals, it can be easily recycled.

If you’re going to invest money in one part of your solar system, it should be the inverter. Poor quality inverters can burn out in just a few years. Plus, picking the right inverter will allow you to get the most out of your panels.

In a grid-tied system inverters help convert the energy produced by solar panels into energy you can use in your home. In an off-grid system, solar panels feed directly into your batteries and then an inverter is used to convert power from the batteries into usable energy.

We offer a couple different off-grid inverters. Make sure that you pick the right one for you. We can help you decide which one will work best for your size system.

Charge controllers are very specific to off-grid solar energy systems. They’re basically a voltage/current regulator and they make sure that your batteries don’t overcharge.

Most batteries need around 14 to 14.5 volts to get fully charged and your panels could put out a lot more energy than that. Without a solar charge controller there would be no regulation of how much energy was going from your panels into your batteries. Overcharging then damages your batteries. Not good.