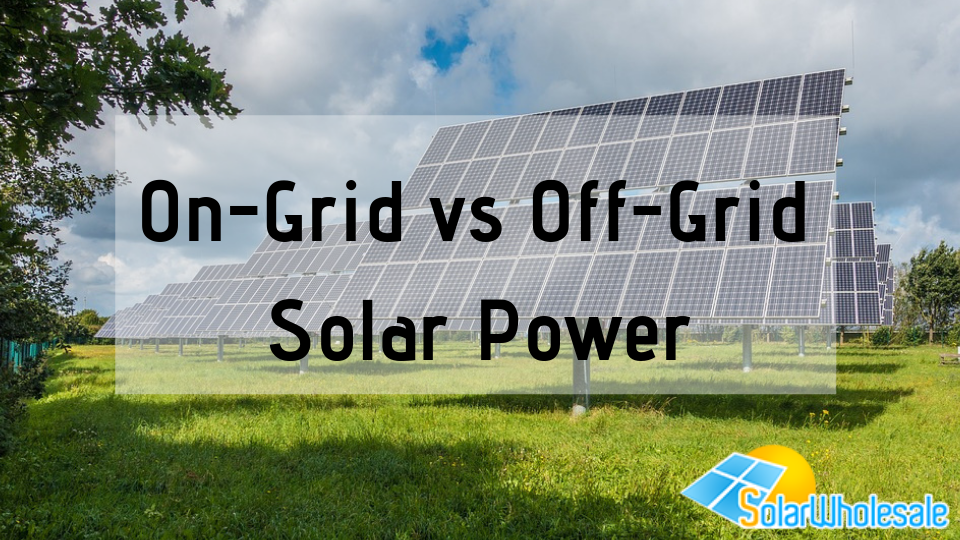 There are many reasons that people are drawn to solar panels. For many it’s the promise of saving money on their power bill, for others it’s a chance to do their part in helping the environment. But for some people the idea that they can cut ties with the grid entirely is the most enticing.

So what’s the difference between the two and is solar the answer to cutting ties with the grid?

An on-grid system or grid tied system is literally tied into the power grid. It’s the most common type of solar power system and for good reason. A grid-tied system helps you save money on your electricity bill by allowing your to offset some or all of your utility costs.

When you produce more electricity than you use the power company takes the rest and gives you credits. The other major benefit of being tied to the power grid is that you still get power even when the sun goes down.

If you have access to power lines you should build a grid tied system. If you’re concerned about having energy for emergency situations or power outages it’s possible to add batteries to a grid-tied system.

The reasons for needing an off-grid system are very limited. Really the only reason that you would need an off-grid system is for very rural properties that don’t have access to power lines. Hunting lodges or cabins that are literally in the middle of nowhere could be good candidates for off-grid systems.

An off-grid system isn’t ideal which is why if you can tie your system to the grid you should. But when you’re miles away from the nearest powerline, an off-grid system can be a huge benefit. Compared to expensive fuel and generators solar power is much more affordable in the long run.

Last year when massive hurricanes ravaged the east coast many people were angry when they couldn’t tap into the power of their solar panels. Again it is possible to add some storage to your on-grid system for these types of situations but the odds that the storage will pay for itself in the end are slim.

In any case, in areas where there aren’t many natural disasters and the power grid is reliable without many outages, investing in power storage isn’t really necessary.

What do you think? Do you plan on going off-grid with your solar power? Let us know in the comments below!