Utah One of the Best States to Invest in New Solar 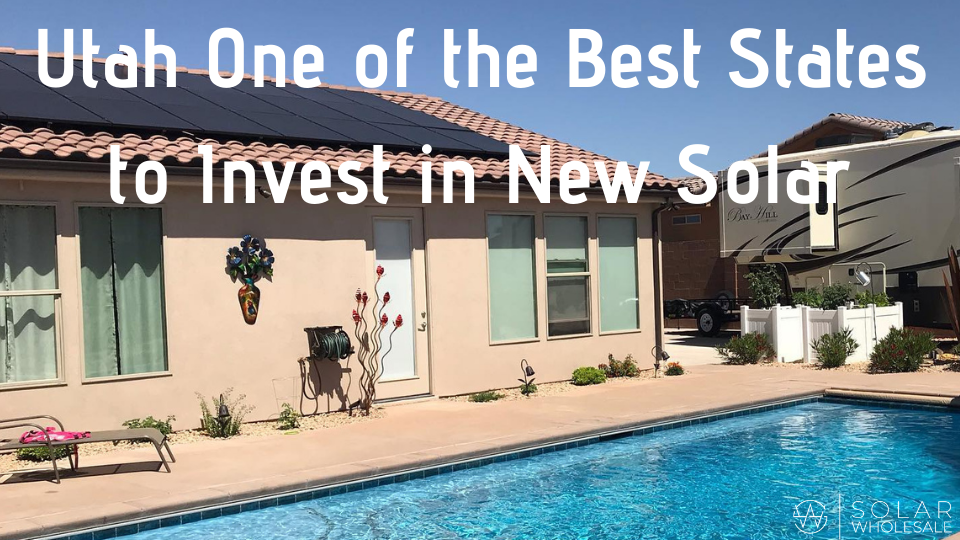 Solar has been having an amazing year despite everything that’s going on in the world. In the United States solar has accounted for much of our power capacity growth (27% in the first half of 2020 and a whopping 60% in June!).

Some states have seen an increase in solar more than others. Obviously some states have better conditions for solar than others but this doesn’t account for the difference in growth rates. Even some states that have the highest percentage of solar electricity generation have room to grow.

Recently Clearloop, Downstream Strategies, and Watttime released a white paper “Solar in the Shadows: Expanding Access to Clean Energy in Forgotten America” revealing which states have the most potential. They also discuss which states solar can impact the most by displacing “dirtier” energy sources.

“Today, more than 85% of solar development in the United States is concentrated in 10 states, including some common-sense sunny states like California, Nevada, and Texas, but also unusual states like Massachusetts, Minnesota, and New Jersey. What’s driving this uptake in new clean energy capacity is not the availability of the sun for electricity generation, but rather structural incentives — like regulations or an open wholesale electricity market — that make it easier for companies to invest in clean energy infrastructure.”

Utah was number 3 on the list of states with the most potential and room to grow when it comes to going solar! Utah is already in the top 10 when it comes to how much of our electricity comes from solar with an impressive 5.6%. But we still have a lot of room for improvement since we have some of the worst air quality in the country, especially in Salt Lake County.

“The idea is straightforward: Although renewable energy itself is emissions-free, where such projects get built greatly influences their true net impact on overall grid emissions — because it matters what existing generation they’re displacing. For example, yet another wind farm in a region of the country already saturated with — and perhaps even curtailing surplus — wind energy isn’t going to reduce total electricity sector emissions as much as a solar farm built in a region of the country where its output will displace coal-fired electricity.”

In Utah, investing in solar not only helps you cut down on your electricity it has a very real impact on the environment! In addition, as a state that has staked much of our economy on the growing tech sector, staying at the forefront of technology will help us to keep attracting new business.

Here at Solar Wholesale we can help you make your solar dream a reality. We offer complete DIY kits with everything you need including Made-in-the-USA solar panels. With Solar Wholesale, you’ll get wholesale prices without the middle-man markups.

Going solar has never been easier or more affordable. Contact us today for a quote!