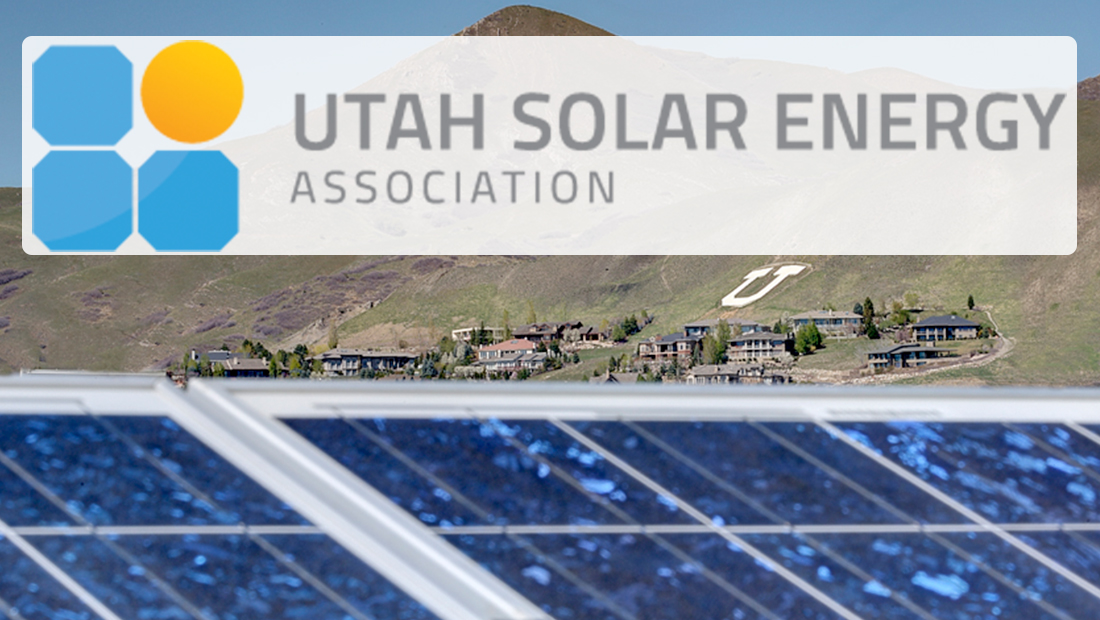 We at Solar Wholesale follow Utah Solar Energy Association daily to make sure we stay current on all things solar in Utah. There has been a lot or talk about the potential Rocky Mountain Power Net Metering increase recently, so Utah Solar Energy Association put up some information for all. Please visit them here http://utsolar.org/net-metering/. Below is the information provided by USEA, we do not take credit for this information.

“On 11/9/16, Rocky Mountain Power (RMP) filed a rate change for new solar customers with the Utah Public Service Commission. Here is some helpful information whether you are a prospective or existing solar customer.

Rocky Mountain Power is trying to dramatically increase the cost of electricity for Utahns who want to power their homes with solar energy. It has proposed new charges on consumers who choose to install solar that:

The proposal by Rocky Mountain Power is the most aggressive, anti-consumer, anti-competitive and anti-solar proposal ever made by a utility in the United States.

If these new fees go into effect, they will:

Rocky Mountain Power is abusing its power as an electrical monopoly:

The adverse impacts of Rocky Mountain Power’s proposal cannot be overstated. It will kill consumer choice, economic growth, the solar industry and thousands of Utah jobs.

Make your voice heard by contacting:

When a customer installs a solar energy system on his/her home, the household may consume on-site only part of the solar system’s energy when it is being produced during the peak sun times of the day. Net energy metering or NEM allows a customer to export solar energy to the utility grid, when he/she is not using the energy in real time, then the customer can offset the energy at no additional charge in the evenings. This export and credit structure is known as net metering. Think of it simply like your analog utility meter can spin forwards and backwards – forward when you’re buying energy, backward when you’re selling energy to the grid.

In Utah, a customer of Rocky Mountain Power has the statutory right to install a solar energy system and net meter that with RMP. For the energy not consumed on-site by the customer, RMP is currently required to provide a credit for the energy exported by the customer to the grid at an amount equal to the customer’s retail energy rate (approximately $0.10-0.13/kWh).

A customer may choose to make the substantial investment in a solar energy system for a number of reasons, but we find most customers invest in solar for three main reasons: (i) to save money over the life of the solar system, (ii) to go green, help the environment, and do their part to improve air quality in the state of Utah, and (iii) have an independent energy resource on their roof that they own and control.

Instead of the traditional volumetric charge (being charged per kilowatt-hour for energy consumed), RMP has proposed a three-part rate structure that requires only solar energy customers to pay a high monthly fixed charge of $15.00, a monthly demand charge over $9.02 per kW, and a reduced volumetric charge of $0.038 per kWh. Their proposal, if granted by the Public Service Commission, would be effective on December 9, 2016, with grandfathering available for all pre-existing solar energy customers.

A demand charge is a per kilowatt charge based the highest 60-minute peak energy a customer consumes in a given time period (3:00 pm – 8:00 pm annually and 8:00 am – 10:00 am in the winter) calculated month. A residential customer’s peak demand is typically in the late afternoon or early evenings when lights are turned on, HVAC is cooling or heating the home, and other appliances, such as ovens, stoves, washing and drying machines, etc. are running. Generally, demand charges are used in commercial or for large consumers of energy ratemaking, but seldom seen in residential rate structures.

To better understand the complicated structure of demand charges, you can compare energy usage and power demand to a garden water hose. The amount of water flowing through the hose is similar to the energy measured in kilowatt-hours flowing through the grid to your home. The diameter of the hose that allows more or less water to flow through the hose at any given moment in time is similar to a home’s power demand at any given time of the day. The wider the hose, the larger the demand, the more expensive the demand charge. Unlike a sophisticated high-energy consuming commercial ratepayer, a homeowner may have very little control over 15 minute spikes in their power demand, so this can create a significant degree of price uncertainty and confusion for consumers.

The volumetric charge is the energy rate charged by the utility per kilowatt-hour. This is the traditional paradigm in the United States for residential ratemaking.

A fixed charge is an amount that is charged to a customer despite a customer’s usage or demand. Even if the customer is out of the home, not using any or very little energy, the customer would be responsible to pay the fixed charge. The primary purpose of a fixed charge is to provide a way for the utility company to recoup its fixed cost, without having the build those costs into the variable volumetric charge.

RMP has stated that there is a shifting of utility costs from a solar NEM customer to a non-NEM customers. This is a red herring. In reality, RMP is only interested in returning profits to its shareholders. Distributed solar is a disruptive technology that is a competitive threat to the incumbent monopolistic utility industry. Berkshire Energy is attacking residential solar in every utility district in which they operate as a monopoly.

Yes. Net metering customers do use the local infrastructure of the utility circuits to purchase power when the sun is not shining and sell energy back to the utility company when the customer is not consuming the entirety of the solar production on-site. However, this is only one part of the cost-benefit equation and does not account for the internal and external benefits to the utility and all ratepayers of rooftop solar energy.

While RMP has presented its view of the cost data, the PSC has never determined what the actual costs are to the utility grid from an ordinary residential customer compared to a NEM solar customer.

Absolutely. Distributed solar provides a litany of benefits to the utility grid, including:

Without a doubt, residential solar provides benefits not just to the host customer and the utility, but also other ratepayers and the public at-large. Such benefits include:

Even by RMP’s own admission, this proposal will add hundreds of dollars a year in costs to every solar energy system. This will drastically stretch out a customer’s return on investment. As compared to NV Energy’s proposal from 2015, if adopted by the Utah PSC, RMP’s proposal will cause solar investment to plunge by more than 99%.

If passed by the PSC, RMP’s proposal will likely decimate the residential solar industry in Utah. A consumer will have fewer choices to go solar if RMP gets their way. The PSC will be cementing RMP’s monopoly over energy production in Utah.

RMP has asked that the proposal be effective as of December 9. However, it is unlikely that the PSC will complete its hearing process until the spring or summer of 2017.

The public service commission is the regulatory agency with jurisdiction over investor owned utilities in the state of Utah. There are three public service commissioners that are appointed by the governor. As a monopoly, without any competitor in its service territory, Rocky Mountain Power must be kept in check by the PSC. Without proper PSC oversight, the monopoly utility would be free to do whatever it wants – charging customers exorbitant amounts, as RMP is proposing, to those customers who chose to be an independent power producer.

The legislature took up the issue of net metering in 2014. As part of SB208, the legislature, as signed into law by Governor Herbert, instructed the PSC to conduct a cost benefit study to analyze the impacts of net metering on the utility and ratepayers. This study has not been conducted. RMP’s proposal completely ignores any of the internal and external benefits provided by distributed solar. The PSC must conduct a robust and independent study that looks at the costs, but also all of the internal and external benefits provided by residential solar.

No. It is completely inappropriate for a public investor owned utility to bring a single-issue rate case to address only the net metering rates of residential solar customers. RMP does this to single out NEM customers, in an attempt marginalize these entrepreneurial forward-thinkers into their own discriminatory rate class. Also, RMP has not brought a general case because it does not want to see its overall residential and commercial rates to decline, which has been seen over the last few years in other utility markets.

The PSC should reject RMP’s proposal on both procedural and substantive grounds.

You can contact the PSC and submit your own comments via email at psc@utah.gov. There will likely be an opportunity to provide public comments as part of the hearing process.

While we hope the PSC rejects the proposal outright, if RMP gets their way, it will be less economical for a customer after December 9, 2016 to invest in solar. As such, we encourage all interested customers to submit their applications early to ensure that they are grandfathered under the existing NEM policies.

The Utah Solar Energy Association, along with a coalition of solar developers and like-minded companies, will aggressively challenge the proposal from RMP. In addition to formal intervention in the PSC docket and litigation, the industry will be pursuing a public awareness campaign and working with policymakers across the state to educate them on the outrageousness of the proposal and the drastic impact it will have on the economy, jobs, consumer choice, and the environment and air quality of Utah.

RMP likes to talk about how they support renewable energy. They support renewable energy if they own it. RMP doesn’t like distributed energy that is owned by an individual customer because it means less revenue and profits for RMP’s shareholder – Berkshire Energy. Let’s be clear, the vast majority of RMP’s energy generating capacity comes from fossil fuel burning power plants.

RMP’s sister company, NV Energy, made a very similar proposal in Nevada last year. However, RMP’s proposal is worse in every way.

[1]        Net energy metering allows a customer to sell excess electricity he or she generates to the utility and take back the energy at no additional charge in the evenings.”