What Makes a Good Solar Panel 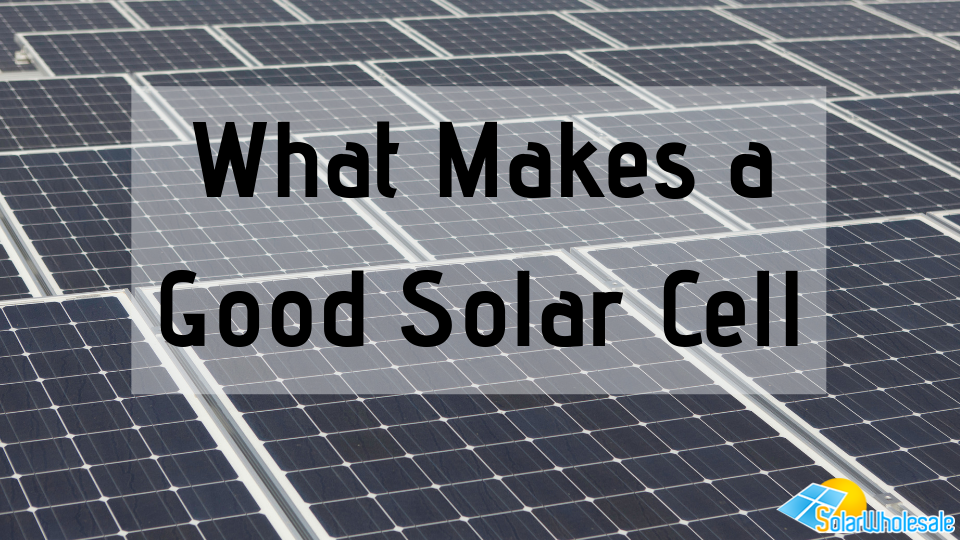 What Makes a Good Solar Cell?

Just like they describe in the video above, most solar panels (90%) are made of silicon. What makes one panel better than another is the purity of the silicon used. So why does silicon purity matter?

The purity of the silicon is directly related to the efficiency of the panel. Efficiency isn’t everything but for those trying to get the most out of their available roof space it definitely matters.

Monocrystalline solar cells are easy to recognize because they’re uniform in color. This uniform color is an indication of the high-purity silicon used to make these types of panels. So not only do these all-black panels look good, they’re more efficient too.

Polycrystalline solar cells are not made from the purest form of silicon, which means that they are not the most efficient. However for someone who wants to go solar on a budget and has the roof space to spare, polycrystalline panels can be a good option.

You’ll notice that polycrystalline panels look blue and don’t have a uniform appearance. You’ll also notice that they’re made with perfectly square wafers without the gaps in between compared to monocrystalline. This means less silicon is wasted when making these types of panels.